Japan-based inbound tourism media site “tsunagu Japan,” operated by D2C X Inc. (Location: Chuo-ku, Tokyo; Representative Director: Ryo Hagiwara; hereafter “D2C X”), has been renewed! In addition to adding two new languages (Korean and Vietnamese), we have made several improvements to the site for smartphone users, including revamping the website navigation, in order to make it easier for them to find relevant information. Furthermore, we added a clip function that allows users to save their favorite articles! Overall, the site has become even easier and simpler to use.

tsunagu Japan is an inbound tourism media site that publishes information about Japan in multiple languages. It is available in English, Chinese (traditional and simplified), and Thai. Each language has native editorial staff who are deeply knowledgeable about their culture and curate the site’s content and social media platforms to best meet the needs of readers from their country. You’ll find info on recommended restaurants, souvenirs, tourist spots, and so on, all written from a non-Japanese perspective. By adding Korean and Vietnamese to the list of available languages, we will be able to provide our services to Korean tourists, who make up approximately 1/4 of foreign visitors to Japan, as well as to Vietnamese tourists, whose numbers have been increasing considerably in recent years (*1).

Aiming to provide more convenient and easy-to-use services, tsunagu Japan will further strive to increase the number of available languages, strengthen its content, and improve its UI. In the future, we hope to implement functions that will further improve our readers’ travel experiences in Japan, such as being able to reserve hotels, restaurants, and cultural experiences directly from the tsunagu Japan website.

You can find more details on the reference page.

[Inquiries Regarding This Press Release]

1．Increase of available languages
– Korean and Vietnamese have been added to the existing list of 4 languages (English, Chinese (traditional and simplified), and Thai)

https://www.tsunagujapan.com/
tsunagu Japan is an inbound tourism media site that publishes information about Japan in multiple languages, with 1.5 million monthly unique users and over 4 million monthly page views. It is available in English, Chinese (simplified and traditional), Thai, Korean, and Vietnamese. Unlike many other inbound tourism media sites, tsunagu Japan does not publish in Japanese, so it is only accessed by non-Japanese who are interested in coming to Japan. Our influence in the Traditional Chinese-speaking market is particularly great, with Traditional Chinese-speaking users making up roughly 50% of our traffic.

Next
See all news

Please contact us if you have any inquiries on our services or recruitment. 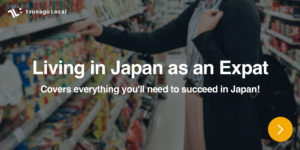